The Golden Age of Musical Theatre

We will be exploring the musical theatre history of the Tait Memorial Trust, which was formed in memory of Sir Frank Tait and his four brothers who played a significant role in establishing the performing arts in Australia in the 1900’s.

In 1920 the Tait Brothers amalgamated with JC Williamson to form the world’s largest theatre empire. They were responsible for bringing the biggest Broadway and West End hit shows to Australia, and now we will bring them straight to your living room!  Including songs from My Fair Lady, South Pacific, Oklahoma, The King and I, Kiss Me Kate and more…

From The King and I by Richard Rogers and Oscar Hammerstein II
“Something Wonderful” – Josie Lane
“I Have Dreamed” – Embla Bishop
“Hello, Young Lovers” – Corinne Cowling

From Kiss Me Kate by Cole Porter (book by Bella and Samuel Spewack)
“Where is the Life that Late I Led?” – Jeremy Kleeman
“So In Love” – Corinne Cowling

From “Oliver!” by Lionel Bart
“As Long As He Needs Me” – Morgan Cowling
“Where Is Love?” – Morgan and Corinne Cowling 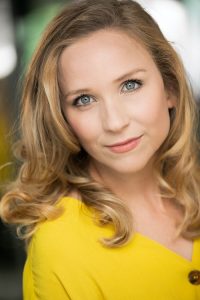 Australian/American soprano Corinne Cowling was most recently performing as understudy to the leading role of Christine Daaé on London’s West End in the original production of Lloyd Webber’s Phantom of the Opera at Her Majesty’s Theatre. Corinne has performed in major concert halls across the UK and Istanbul as the soprano soloist for Raymond Gubbay’s Johann Strauss Gala National UK Tour 2017, 2018, and 2019.

Corinne graduated with an MMus, MPerf in Vocal Performance (Distinction) from the Guildhall School of Music and Drama, and holds a BMus, GradDip (Opera Studies) from the Western Australian Academy of Performing Arts. 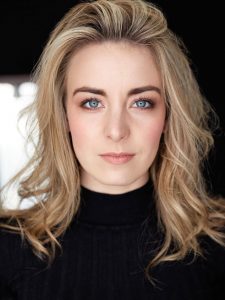 Growing up in London in a Swedish speaking home, Embla’s first professional appearance was in Chitty Chitty Bang Bang(London Palladium UK). She went on to feature in two operas, La Boheme and The Magic Flute (Farrer Theatre, Eton) before moving to Sydney in 2009. Embla graduated from The Western Australian Academy of Performing Arts (WAAPA) with a Bachelor of Music Theatre in 2016. Most recently, Embla understudied and performed the roles of Charity Barnum and Jenny Lind in Barnum, the Circus Musical (Storeyboard Entertainment) other credits include Jesus Christ Superstar, Brigadoon (The Production Company), Mrs Spencer in Merrily We Roll Along (Little Triangle), Oklahoma! (The Production Company), Princess Aurora in Sleeping Beauty (Ozpanto/Bonnie Lythgoe), A Little Cabaret (Little Triangle) and Everything’s Coming Up Sondheim (Spears Entertainment). She was honoured to be a Semi-finalist for the 2018 Rob Guest Endowment award. Embla’s film credits include SALLY (Thundamentals) and Maddison in Three Summers (dir. Ben Elton). 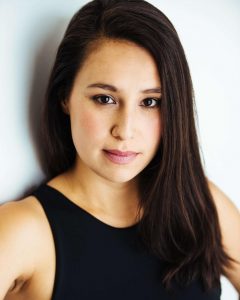 Josie Lane is an award winning Australian cabaret and musical theatre artist.  Most recently, Josie played Lady of the Lake in One Eyed Man Productions’ national tour of Monty Python’s Spamalot, originally premiering at Hayes Theatre Co. in 2019. Further musical theatre credits include Little Shop of Horrors (Luckiest Productions/Tinderbox Productions), Miracle City (Luckiest Productions in 2014 and The Theatre Division in 2017), The 25th Annual Putnam County Spelling Bee (Sydney Theatre Company), Priscilla Queen of the Desert — the Musical (Back Row in 2007 and Michael Cassel Group in 2018), Avenue Q (Arts Asia Pacific), Fame (GFO) and Into the Woods (Victorian Opera).  And with The Production Company in Melbourne, The Pirates of Penzance, Jesus Christ Superstar, The Boy From Oz, and Jerry’s Girls in which she appeared as herself alongside a cast of some of Australia’s most loved leading ladies. Cabaret credits include Josie in the Bathhouse (co-written with Dean Bryant) for the Adelaide Cabaret Festival and Melbourne Spiegeltent and Asian Provocateur (Winner — Best Cabaret 2016 Sydney Theatre Awards). Josie has also toured extensively with David Campbell as his backing vocalist, performed worldwide with Michael Falzon’s Rock Rhapsody, worked as a puppeteer with children’s cancer charity Camp Quality, and has been a member of musical theatre improvisation troupe The Impromptunes.  Josie studied improvisational comedy at Upright Citizen’s Brigade, iO (formerly known as Improv Olympic), Magnet Theatre and Impromptunes, and has been a member of Equity since 2007.  Josie is very grateful to the Tait Memorial Trust for giving her the opportunity to perform again in these trying times. 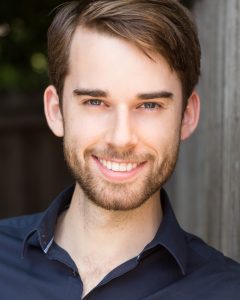 Bass Baritone Jeremy Kleeman was the 2019 recipient of the Australian International Opera Award, joining the prestigious Opera School at the Royal College of Music, London for the 2019/20 season with further support from the Basil Coleman Opera Award, Tait Memorial Trust, Australian Music Foundation and the Ian Potter Cultural Trust. In association with the RCM, Jeremy has sung an Apostle in Elgar’s Apostles with the London Philharmonic Orchestra, Traveller in the Moscow première of Britten’s Curlew River, Don Inigo Gomez in L’heure Espagnole and Ernesto in Il mondo della luna. In Australia, Jeremy completed his Master of Music (Opera Performance) program with Melbourne Conservatorium of Music in conjunction with Victorian Opera in 2013, and has sung principal roles with Opera Australia, State Opera of South Australia, Pinchgut Opera, Sydney Chamber Opera and Victorian Opera and featuring on the concert platform with Melbourne Symphony Orchestra, Queensland Symphony Orchestra and Canberra Symphony Orchestra amongst others. From 2014 to 2015, Jeremy was the Joseph Sambrook Opera Scholar with Melba Opera Trust and, in 2016, the recipient of the Dame Heather Begg Memorial Award. In the same year, Jeremy received both Helpmann and Green Room Award nominations for the role of Magus in Musica Viva/Victorian Opera’s national tour of baroque pastiche Voyage to the Moon. In musical theatre, Jeremy has appeared as Rapunzel’s Prince in Into the Woods, Jonas Fogg in Sweeney Todd and Horn Player/Lee Randolph in Sunday in the Park with George for Stuart Maunder’s Sondheim trilogy at Victorian Opera. 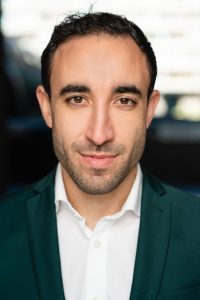 Australian tenor Brenton Spiteri won the Herald Sun Aria in 2012. He went on to spend two seasons in the Young Artist Program at Opéra de Lyon, where his roles included Trac in Le Roi Carotte and Soldato/Mercurio in The Coronation of Poppea. He has performed for the majority of Australia’s major opera companies in roles including Tamino (The Magic Flute), Count Almaviva (The Barber of Seville), Ashley Crowther (Fly Away Peter), Rinuccio (Gianni Schicchi), Telemaco (The Return of Ulysees) and Ernesto (Don Pasquale). For the Sydney Symphony Orchestra, he has performed Britten’s Les Illuminations, and he collaborates frequently with Sydney Chamber Opera, for whom he recently created the role of Oscar Hopkins in Oscar and Lucinda to high critical acclaim. He currently holds the Gwen Catley Opera Scholarship at the Guildhall School of Music and Drama. 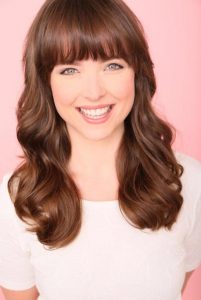 Morgan Cowling is an Australian/American musical theatre actor and has been living and working in the U.S. since 2010. Credits ~ THE PHANTOM OF THE OPERA North American 25th Anniversary Tour (Meg Giry, Original Cast). Off-Broadway/NYC: MARRY HARRY (Sherri Walters, The York Theatre), ONCE WE LIVED HERE (Lecy, Urban Stages), BULL DURHAM (Workshop).  Regional credits include: GREASE (Rizzo, Stages St. Louis) OKLAHOMA! (Laurey u/s, Goodspeed Musicals), HELLO, DOLLY! (Ensemble, Ford’s Theatre), THE MADNESS OF MAY (Megan, Thalian Hall), and Disney’s WISHES (Disney Cruise Line, Original Cast). A Western Australian Academy of Performing Arts alum (WAAPA), Morgan’s Australian credits include GUYS AND DOLLS, SEUSSICAL THE MUSICAL, and THE MARRIAGE OF FIGARO. During the time of COVID-19 Morgan has formed a trio with her Phantom alum neighbours in NYC, “The All’s Well Sisters”, inspired by the Boswell Sisters from the 1930s. Follow us on Instagram @aswell_sisters or Twitter @allswellsisters to hear some favourite tunes in a jazzy 1930s style! Thanks and love to family, friends, teachers, and BRS/Gage.
Instagram @morgan.marlene
Twitter @morganofoz 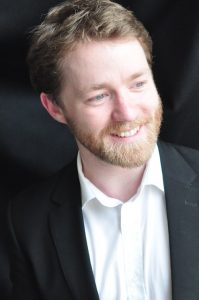 Award-winning pianist Chad Vindin is one of the rising stars of the accompaniment world. Born in Australia, Chad studied at the Sydney Conservatorium of Music before moving to London to study with Malcolm Martineau and Michael Dussek at the Royal Academy of Music. From there, Chad was awarded the position of Lord & Lady Lurgan Junior Fellow in Accompaniment at the Royal College of Music, which he held for two consecutive years. Chad performs regularly as a recitalist with the Royal Overseas League, The Tait Memorial Trust, and the popular Debut Opera series, based in Shoreditch. He has performed with Grange Festival Opera, Bury Court Opera, Opera UpClose, and recently toured with Manchester Collective, performing Schoenberg’s Pierrot Lunaire. He is regular staff pianist at Malcolm Martineau’s annual Oxenfoord International Summer School for Singers and Accompanists in Scotland, and most recently he was delighted to perform for the Australia Council For The Arts as part of the Venice Biennale. Chad has been awarded many prizes, including the accompanist prize at the Royal Overseas League Competition, the Ludmilla Andrew Russian Song Accompanist Prize at the Royal Academy of Music, and the Maureen Lehane Vocal Awards Accompanist’s Prize at the Wigmore Hall. In addition to his busy performing schedule, Chad also maintains a full workload as a staff pianist and vocal coach at both the Royal College and Royal Academy of Music, London.