We are delighted to confirm that Connor D’Netto is to be our 3rd Tait Scholar at the Royal College of Music, a generous award sponsored by the Julian Baring family. We wish him all the very best and look forward to working with him as he aspires to reach the very top of the musical world.

Being awarded the title of the Tait Scholar means so much to me. It’s incredibly encouraging to have this support as I take this next big step in my career, moving to London and beginning to really establish myself in the International music scene. Studying at the Royal College of Music is an important part of this, and it mightn’t have been possible without the generous support of the Tait Memorial Trust. 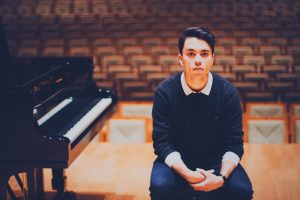 I have been selected as a fellow of the prolific American new-music ensemble Bang On A Can. As part of my fellowship, I have been invited to take part in an intensive three-week residence as part of their Summer Music Festival, held this July at MASS MoCA, the Massachusetts Museum of Contemporary Arts. My new work summer / summer, a concerto of sorts for saxophone, two voices, and chamber orchestra, will be premiered by the ensemble
as a feature in the Festival.

Biography:
Connor D’Netto (b. 1994) is a Brisbane based composer of contemporary classical music, described as “the model contemporary Australian composer” by ABC Classic FM. Throughout his works, Connor balances the quasi-neoclassical with post-minimal influences, combining
them with contemporary performance practices, unique one-off concerts and performances, and the delicate incorporation of electronic music elements and production techniques. His music combines driving post-minimal rhythmic elements with heartfelt lyrical expression drawn from his extensive performance experience as a classically trained bass baritone, contrasted with textural devices that push the expectations of an instrument’s capabilities without confronting the audience. Connor’s music has been commissioned and performed across Australia and abroad, including commissions from ensembles such the Melbourne Symphony Orchestra, Queensland’s Camerata and new music specialists PLEXUS, and performers such as Katie Noonan, Karin Schaupp and Claire Edwards.

In 2017, Connor has been selected as a fellow of Bang On A Can. As part, his music will be featured at Bang On A Can’s Summer Music Festival at the Massachusetts Museum of Contemporary Arts (MASS MoCA) in July, and will travel to the USA to take part in a three-week residency with the ensemble. In 2015, Connor was named winner of Chamber Music Australia’s Australian New Works Award. His winning work, String Quartet No. 2 in E minor, became the set work for the 7th Melbourne International Chamber Music Competition and received premieres by three internationally chosen finalist ensembles at the Melbourne Recital Centre. He has also been awarded a Brisbane Arts and Cultural Innovation Award 2017 for his contribution to the Arts, the Percy Brier Memorial Composition Prize 2016 for his Texture No. 1 for Orchestra, and the Donald Tugby Musicology Prize and Scholarship 2015 by the University of Queensland for exceptional contribution to the field of music research.

Connor is the artistic director, producer, and co-founder of the successful contemporary classical music concert series and collective Argo. Founded in 2015, Argo creates immersive art music experiences bending the boundaries of genre and artform, combining contemporary classical music with electronic music, live-visuals, and fostering creative collaborations between artists of various mediums. Its focus is on creating experiential and concept driven events that fuse classical instruments and ensembles with contemporary influences and new
modes of musical expression.

To find out more about Argo, head to www.argosound.com.

As a performer, Connor is a trained classical bass, having previously studied with Shaun Brown. Connor is also a talented photographer, videographer and visual-artist, creating and shooting not only material for his music, but also for a number of other local artists and musicians. Currently Connor is working on his PhD through the University of Queensland, having completed a Bachelor of Music (Honours) at the University of Queensland, graduating with First-Class Honours in 2016. In September, Connor moves to London, where (while continuing his PhD) he will study his Masters of Music at the Royal College of Music.

More about Connor and his work can be found at www.connordnetto.com.

The Tait Memorial Trust is pleased to be assisting these fine young Australian artists in 2017.

The Tait Adopt a Performer scheme
The adopt a performer scheme allows a donor to directly support a young performing artist from Australia or New Zealand (as of May 2017) annually for a three-year commitment. Please click here to learn how to actively involve yourself in the career development of a young performer.

The greatest return, however, would be to see your awardee fulfill their true potential and, as they graduate to a professional career, the pleasure of knowing that you played an important part in making this possible.

selected by Leanne Benjamin AM OBE.

Tait & Sir Charles Mackerras Chair
A Chair in the Southbank Sinfonia for the duration of the annual programme. This award is made possible due to a generous gift from the Estate of Lady Mackerras and a contribution from the Tait Trust to fund the Chair for at least the next 10 years.
Bernadette Morrison, Cello 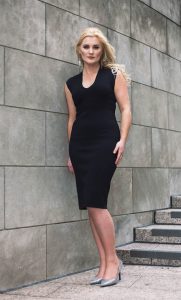