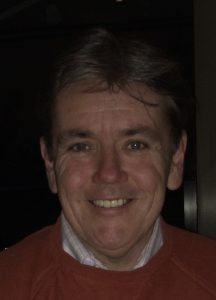 James was born in Melbourne, Australia. A graduate of the Victorian College of the Arts (now part of the University of Melbourne), he was a Victoria State Opera Young Artist and later toured Australia in the Aboriginal award-winning musical, Bran Nue Dae singing the role of Father Benedictus.

James joined the Tait in August 2013 as the Administrator under the direction of the Trustees and the Chairman.