The five Tait brothers can be credited with many things in the rich Australian cultural and artistic history. They produced the world‘s first feature length film The Story of the Kelly Gang in 1906, and from the early 1910s they became associated with J. C. Williamson‘s and eventually went on to form one of the largest theatrical empires in the world. Through this they brought the world‘s best theatre, opera, operetta, musical comedy, plays and pantomimes to the antipodes. The Firm, as they became known, was also responsible for bringing the first ballet to Australia. In 1913 Ted Tait, newly appointed manager of J. C. Williamson‘s, brought out the famed Imperial Russian Ballet Company starring, ‘Danish toe-Danish dancer’ and darling of the London Empire, Adeline Genée, and her partner Alexandré Volinin.
This was the first time Australian audiences had seen such fine dancing, and arguably signified the birth of ballet in Australia. In 1926 and 1929 JCW‘s brought the famed Anna Pavlova and her company to Australia. Her extensive tour generated a wake of schools all over the country. This was to be followed in 1934 by a tour of ‗The Russian Ballet,‘ starring Olga Spessivtseva. It was not until the three tours by Colonel de Basil‘s Companies in the late 1930s that ballet became firmly planted in Australia. These tours (1936– 1940) had the same effect on the artistic world of Australia as Diaghilev‘s Ballets Russes had on Paris in 1909. 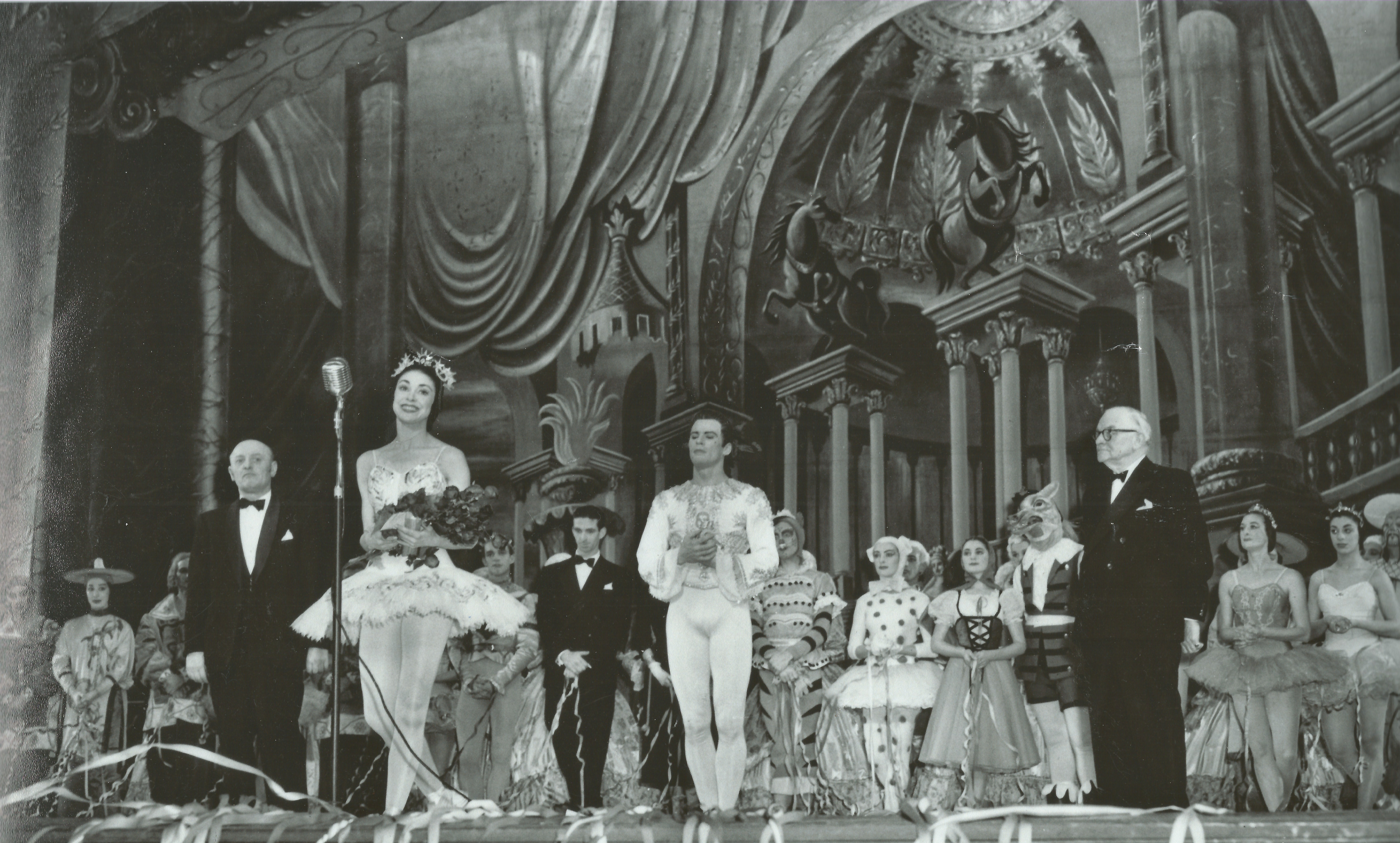 In 1939, as Europe teetered on the edge of war, many of the Russian and Polish dancers on the tour chose to stay in Australia. Within this group was Edouard Borovansky and his Russian-born wife Xenia Smirnova, who had both come to Australian previously with the Pavlova Company. Borovansky and his wife settled in Melbourne and set up a training school and subsequently a small seasonal company. Czech-born Borovansky had been a dancer with the Prague National Theatre before joining the Pavlova Company in 1928.
By 1943 the Borovansky Ballet Company received the much needed sponsorship of The Firm and in the following year became a professional ballet company. The school they formed went on to train the first wave of Australian born ballet dancers. The company toured Australia, staging many ballets and produced the first original Australian ballets, including Terra Australis, Black Swan and The Outlaw. After his death in 1959 the company continued until finally disbanding in 1961, re-emerging in 1962 as The Australian Ballet with much support from Frank Tait and his business partner, actor, John McCallum.
The Australian dance heritage owes much of its history to the foresight and tenacity of the Tait Brothers, and now produces some of the best classical dancers in the world. The Tait Trust continues to support Australian dance students to this day, keeping this vivid and rich legacy alive. ©Caroline Hamilton 2014