We are delighted to welcome Belinda McFarlane and Amy Dickson to our Board in 2018 and thank these two outstanding artists for agreeing to assist us with the difficult task of judging this year’s applicants.

Helen Ayres is a Doctoral graduate of the University of Melbourne and founding member of Seraphim Trio. She has appeared as a guest artist with numerous Australian small ensembles including Flinders Quartet, Syzygy, the Australian Octet and Melbourne Chamber Orchestra. After spending two years living in London and studying pedagogy at the Yehudi Menuhin School, Helen has now returned to Adelaide to teach violin at Elder Conservatorium’s Centre for Young Musicians.

While living in London Helen performed with the BBC Scottish Symphony and London Philharmonic Orchestra. As part of these orchestras, she performed across England, Scotland, Germany, Austria and China. Closer to home, Helen is a past member of the Melbourne Symphony Orchestra and has performed as guest principal with Orchestra Victoria and Tasmanian Symphony Orchestra.

In 2009 Isla Baring was awarded the Order of Australian Medal (OAM) general division for her service to the arts — supporting young Australian musicians and performing artists!

Isla Violet Baring OAM founded The Tait Memorial Trust in 1992 in memory of her father, Sir Frank Tait and his brothers, who played such an important part in the establishment of theatre and the performing arts in Australia. Isla’s mother, the singer Viola Tait, inspired her to organise a fundraising concert in support of a young Australian singer, Liane Keegan, who was newly arrived in London. It kicked off with a Christmas Concert at Australia House. The concert was a great success, became the foundation of our yearly events and Liane, after singing major roles in Berlin, is now a featured artist with the Melbourne Symphony and Victorian Opera.

Hailed in the UK music press as “one to watch”, Jessica Cottis possesses intellectual rigour, innate musicality and an easy authority; she is a charismatic figure on the podium who brings dynamism, intensity and clarity of vision to all her performances.

In forthcoming seasons, Jessica will perform in her Los Angeles Philharmonic debut, as well as revisiting the City of London Sinfonia, Scottish Chamber Orchestra, London’s Royal Philharmonic Orchestra, laVerdi in Milan, and the OBC in Barcelona. She will return to work for the Royal Opera House in London again, conducting the premieres of two significant new opera commissions.  Read more

Twice GRAMMY-nominated Amy Dickson made history by becoming the first saxophonist and the first Australian to win a Classic Brit Award, as 2013 MasterCard Breakthrough Artist of the Year. This followed the release of her third album, Dusk and Dawn, which attained the coveted No. 1 position in the UK Classical Album Charts.  In January 2016 Amy Dickson was named Young Australian of the Year in the UK.  She was also a Judge of the BBC Young Musician 2016 Final.  Recognised widely for her remarkable, distinctive tone and exceptional musicality, Gramophone has described her as “a player with a difference who has an individual and unusual tone, luscious, silky-smooth, sultry and voluptuous by turns; her phrasing is beautifully finished, her control of dynamic infinitely subtle.”

As an internationally regarded soloist Amy performs throughout the world with many of the great orchestras and in recent seasons has performed at the Royal Albert Hall, Sydney Opera House and the Konzerthaus, Vienna. As a highly sought-after chamber musician she has performed in prestigious series, in venues including the Berliner Philharmonie, the Wigmore Hall, and at the Enescu Festival. She regularly appears at international chamber music festivals where she has worked with the Chilingirian, Goldner and Mandelring string quartets. Her duo partners include Catherine Milledge, Martin Cousin, Huw Watkins and Danny Driver. As proud ambassador of Australian culture she has performed for heads of state at the Scottish and Australian Parliaments; in various Australian Embassies, High Commissions and Government Houses; at St James’ Palace, London; and at diplomatic meetings including the Commonwealth Heads of Government Meetings in Malta (2005) and Perth (2011).   Read More 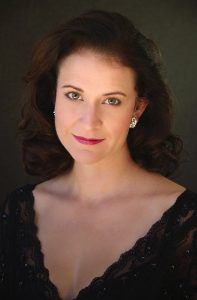 Deborah Humble is one of Australia’s most successful and versatile dramatic mezzo-sopranos performing regularly internationally and at home.

She began 2017 with performances in January of Erda in Siegfried for the Hong Kong Philharmonic Orchestra conducted by Jaap van Zweden. Naxos will be recording the performances for commercial CD release. After a solo recital in Adelaide, South Australia for the Wagner Society in February, she sang  the role of Mary in Der Fliegender Holländer for Opera Lille, France, in March and April. In May Deborah joined the Sea Cloud 2 in Lisbon for onboard performances for Opera Australia. Further engagements in 2017 included Waltraute in Die Götterdämmerung for Saffron Opera in the UK, Klytamnestra in Elektra for Edinburgh Opera Players, recitals in Sydney, London and for the Newcastle Festival, Messiah for the New Zealand Symphony and Perth Collegium Choir and masterclasses for the Melba Opera Trust programme in Melbourne, Pacific Opera in Sydney and for the Tait Memorial Trust in London.

Recent engagements include Erda in Das Rheingold in concert performances with the Hong Kong Philharmonic under the musical direction of Jaap van Zweden (released on CD by Naxos), her Boston Symphony Hall debut as Erda in Siegfried, Brangäne in Tristan und Isolde with conductor Jan Latham-König in Mexico City, Judith in Bluebeard’s Castle in Melbourne, Catherine in Honegger’s Jeanne d’Arc au Bûcher and Elektraat the Hamburg Staatsoper with Simone Young and  Kent Nagano, Mahler’s Symphony No. 3 and Mozart Requiem with the Queensland Symphony Orchestra in Brisbane under the direction of Johannes Fritzsch, Elgar’s Sea Pictures in Bamberg, Parsifal in Birmingham with Andris Nelsons, the Verdi Requiem at Southwark Cathedral in London and at the Sage Concert Hall, Mahler’s Symphony No. 8 in Singapore, Beethoven’s Symphony No. 9 in Hong Kong also conducted by Jaap van Sweden and Elgar’s The Kingdom for the Melbourne Bach Choir.         Read More

From Adelaide, South Australia, Belinda is a violinist with the London Symphony Orchestra. An ex-member of the board of Directors and Vice Chairman where she served on the Education Liaison Committee, she is an active member of the LSO’s Discovery programme, working with people of all ages and abilities, participating and leading workshops in schools, community programmes and tertiary institutions in the UK and abroad.  A lead instigator in the LSO’s On Track programme, she has led young musicians of all abilities from the east London Boroughs to perform alongside the LSO – most notably for the opening ceremony of the London 2012 Olympics. Other significant highlights are projects in France, China, Japan, USA, and Australia.  Her work for the LSO is also depicted in the Channel 4 programme ‘The Addicts Symphony’ – mentoring recovering addicts, musicians, to create their own symphony and perform it alongside the the LSO.

As well, for many years a member of the all-Australian fiorini piano trio, and currently a member of the Australian World Orchestra where she serves as their Youth Education Advisor, she has led chamber music and music workshops in Australia, UK, Zimbabwe and India.  Belinda also teaches chamber music at the Junior Guildhall School of Music and Drama and returns frequently to Australia for the Australian Youth Orchestra as a Director, Tutor and Mentor.

Graduating from the Elder Conservatorium, Adelaide University, with First Class Honours, a state finalist in the ABC Instrumental and Vocal competition, Belinda became Leader of the Australian Youth Orchestra before moving to London. 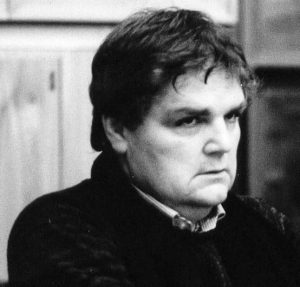 Australian tenor, Anthony Roden studied with Arnold Matters, Donald Munro, Alexander Young, Erich Vietheer and Professor Lorenzo Malfatti. Anthony began studies at the Adelaide Conservatorium. Donald Munro and Nancy Thomas, the great English contralto, insisted that that he take a course at the London Opera Centre. After completion of a year, contracts came from the Arts Council backed, Opera for All and English Opera Group. At this time he entered for the Hertogenbosch Vocal competition which resulted in an agent offering several oratorio concerts in Holland. Taking an accepted route to Glyndebourne Festival and Touring OperaAnthony sang the roles of Lensky, Tamino, Belmonte, Don Ottavio, Gabriele Adorno, Florestan and Vitek over a period of years, during which time he was awarded the John Christie Prize. A time with Krefeld Stadttheater as principal tenor was followed by a three year contract with English National Opera taking on roles of Alfredo in La Traviata and Die Fledermaus, Ferrando, Tamino, Don Ottavio, Camille, Werther and Idamante. Guest performances in Prague were followed by a contract in South Africa for PACT.

Anthony was a senior visiting lecturer at the Royal Northern College of Music for nine years before leaving to maintain a successful private studio, visiting Hamburg and other venues to teach, give masterclasses and sit on international competition panels.

Katrina Sheppeard is one of the UK’s most exciting up and coming dramatic sopranos – most recently jumping in for ENO’s Norma to great acclaim. In 2015 Katrina made her German stage debut with Theater Hagen performing the title role in Samuel Barber’s Vanessa conducted by Florian Ludwig and directed by Roman Hovenbitzer receiving two nominations from Welt am Sonntag.

Since moving to London in 2008 Katrina has worked extensively with UK companies and in particular with English National Opera. Roles covered by Katrina for ENO include Santuzza in Cavalleria Rusticana, Turandot in Turandot, Marta in Weinberg’s The Passenger, Leonore in Fidelio, Katerinain Shostakovich’s Lady Macbeth of Mtsensk, Norma in Bellini’s Norma, and most recently Tosca

Katrina is a prolific concert performer, her repertoire including Beethoven 9th Symphony, Strauss Four Last Songs, Verdi’s Requiem and the Wesendonck Lieder and has been invited to sing for many UK festivals including the Ealing Festival and Bloomsbury Festival. Katrina has performed with many of the world’s top conductors – Stephen Lord, Ed Gardener, Richard Hickox and Simone Young. Pianists Katrina has performed with include Dmitri Alexeev, Jayson Gillham, Richard Hetherington and Malcolm Martineau.

Australian born, Katrina completed her undergraduate vocal studies at the Western Australia Conservatorium of Music. In 2002 she joined Opera Australia and remained as part of the ensemble until 2007 when she became a Young Artist for Opera Queensland. In Australia, Katrina covered and performed many roles at Opera Australia, Opera Queensland and Victorian Opera including The Beggar Woman, Donna Elvira, Lace Seller/Russian Mother from Britten’s Death in Venice and Aphrodite and Echo in the Richard Mills’ Love of the Nightingale.

Katrina was the 2017  recipient of the Wagner Society of NSW  http://www.wagner.org.au/ study scholarship and on September 2017 Katrina performed an excerpt as Isolde from Act 2 Tristan und Isolde with Stuart Skelton and Catherine Carby at St Paul’s Knightsbridge, produced by the Tait Trust, and presented by Wagner’s great-great-grandson, Antoine Wagner.