Chloe Keneally has been a Tait Awardee since joining the English National Ballet School in 2016.  She is completing her third year which is flying to a close.  As an exciting development opportunity for Chloe, the English National Ballet School nominated her to compete in the 2019 BBC Young Dancer competition.  This is held every two years and this year will see five talented young South Asian, contemporary, ballet and street dancers dance for a place in the Grand Final in May. Each dancer will perform three pieces, two solos and a duet, which showcase versatility and individuality.  A panel of expert judges will choose a winner.

We look forward to seeing how Chloe progresses.  Look out for her in the final for the ballet category which will be shown on BBC 4 on the 3rd May.  Fingers crossed we get to see her in the Grand Final on the 18th May on BBC 2.  Stay tuned!

Following the opening of My First Ballet: Swan Lake in London last week, hear from one of its stars, English National Ballet School student Chloe Keneally. She performs the iconic role of Odette in this version of the classic ballet for young children.

What or who inspired you to take up ballet? Can you remember the first lesson or performance you attended?
My older sister danced which made me want to. I started aged 4 and loved it, I enjoyed the freedom. I saw Sleeping Beauty first and loved it, it became my favourite ballet.

What did it mean to you to get a place at English National Ballet School?
It is a sacrifice being away from my family back home in Australia, but being here is a dream come true. Everything I’d been working for paid off. I loved the school, it was the only one I auditioned for.

What does it mean to you to have the opportunity to dance in My First Ballet: Swan Lake?
Amazing. It feels like the first steps into the rest of our lives, it shows us what we can do in the future. The artistic team are very supportive which is great.

Tell us about the role you have been rehearsing – what are the best bits and the challenges?
I’m rehearsing Odette – it’s my dream role. It’s hard to remember it all but I’m embracing the challenge. I’m loving doing an entire ballet and building the character. I feel like I can relate to this character – falling in love, learning about trust and vulnerability. 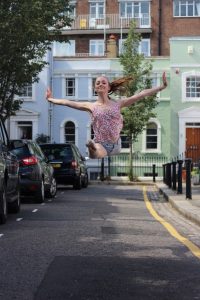 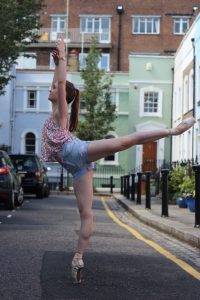 We are delighted to report that our Patron, Leanne Benjamin AM OBE, has been asked to join the jury of the prestigious Prix de Lausanne 2017. This is a great honour and acknowledges Leanne’s stature in the world of classical ballet.

The article below was published by gramilano.com on the 30th November.

The jury of Prix de Lausanne 2017 is composed of nine major personalities from the dance world, presided over by the Royal Ballet’s Director, Kevin O’Hare.

The Prix de Lausanne is a wonderful opportunity for me to see the talented dancers of tomorrow. I see it as more than a competition; it is a place where our young dancers are encouraged, cared for and given the feedback that provides the foundation for their future careers.

Each of the jurors has a link with one of the competition’s partner schools and companies, or is a former prize winner. Other aspects taken into consideration in forming the panel are having a wide geographical representation, a mix of experiences, and a representation of different styles of dance.

The jury of this edition is made up of the following members:

Shelly Power, who is the Artistic Director and Chief Executive Officer for the 2017 Prix de Lausanne, said,

I am honored to present the 2017 jury who collectively bring years of experience ranging from teaching, performing, directing and choreographing worldwide. Kevin O’Hare as President and his team of jury members will open doors and make dreams come true for the talented few who are about to embark on the next and perhaps most important step of their careers.

The Tait Memorial Trust is pleased to be assisting these fine young Australian artists in 2016.

The Tait Adopt a Performer scheme
The adopt a performer scheme allows a donor to directly support a young Australian performing artist annually for a three-year commitment. Please click here to learn how to actively involve yourself in the career development of a young performer.

The greatest return, however, would be to see your awardee fulfill their true potential and, as they graduate to a professional career, the pleasure of knowing that you played an important part in making this possible.

selected by Leanne Benjamin AM OBE.

Tait & Sir Charles Mackerras Chair
A Chair in the Southbank Sinfonia for the duration of the annual programme. This award is made possible due to a generous gift from the Estate of Lady Mackerras to fund a portion of the Chair for at least the next 10 years. This year the Tait contribution to this award has been made by Stephanie McGregor & Albert Kwok.

Whalley and Tait Gift
Special funding to assist with the purchase of a 1930 Natale Carletti (Bologna), Viola
from the Whalley family and the TMT
Lisa Bucknell, Viola

Rebecca is 17 years old and is from Melbourne, Australia. She started dancing at the age of 10 years and at the age of 11 was accepted into the dance programme at the Victoria College of the Arts Secondary School in Melbourne. At the age of 13 Rebecca began to develop a passion for ballet and
for the last three years has studied Cecchetti. She completed her final examination of ‘Advanced 2’ with a score of 100%.

At the age of 14 Rebecca won the State Silver Medal Award section, and also the National Lucie Saranova Silver section for her Cecchetti. Later that year Rebecca won a bursary to compete in the Cecchetti International Ballet Competition in the United States of America. Whilst one of the youngest
competitors, Rebecca received the second prize and was recognized as ‘The Most Promising Dancer’.

Rebecca’s Cecchetti success continued this year when she won the National Lucie Saranova Gold Medal section. In January 2015, she was also delighted to be a finalist in the prestigious Prix De Lausanne in Switzerland where Mr Powney first saw her.

Rebecca had the opportunity to perform the role of a child ballerina with Victoria Opera, in their production of ‘La Traviata’. She was also cast in several lead roles in her school productions, her most memorable being a ballet work of Opus 47 choreographed by English-born dancer Jonathan Taylor. Rebecca has received her ballet training from some amazing ballet teachers over the last few years, three of whom trained at The Royal Ballet School. Rebecca feels honoured to have been selected to attend The Royal Ballet School and looks forward to receiving what she considers is the best available teaching and the opportunity to train with exceptionally talented students.

This is Rebecca’s second year with The Royal Ballet School and as a LBA recipient.

Chloe Keneally studied at the Debra Whitten School of Dance, Australia. In January 2016 she auditioned for the English National Ballet School and was accepted immediately for commencement in September.

In April 2016, Chloe competed in the 2016 Youth America Grand Prix finals in New York following a successful video audition in December 2015. In 2015 she was selected to participate in The Royal Ballet (Upper School) Summer School in London as one of five Australians. Chloe participated in the City of Sydney Eisteddfod and was a Finalist in the Robert and Elizabeth Albert Scholarship (top 8%) and then placed 2nd (out of 80) for the 15 years classical section.

Other successes include the encouragement award for the 2015 RAD Jacqueline Morland Awards (youngest and only non-full time student in finals) and was awarded the most outstanding classical dancer of Brisbane Eisteddfod that same year. Chloe has been part of the Australian Ballet School Interstate training program from level 1 through to Invitee, and continued to train weekly with the Queensland Ballet Junior training program (since 2012). A career highlight was to dance the lead role of the Sugarplum fairy in 2015 in the Debra Whitten Ballet School end of year concert, dancing the challenging Grand Pas de Deux and variation with a professional male ballet dancer as guest artist

Lauren has been dancing since the age of 4 at a local dance school, under the guidance of Kim Traynor. Through the encouragement of her teachers, her love of ballet was fostered. After performing with the Australian Ballet, in The Nutcracker, her dream was set. Shortly after, she became an associate of the Australian Ballet School, maintaining this position for 4 years.

In 2012, Lauren decided to focus on ballet and moved to The McDonald College and was taught by various teachers including Jane Kesby, Josephine Jason and Allan Cross. to continue her training. Moreover, Lauren performed various roles for the Premier State Ballet.

This year, Lauren was offered numerous places at various schools across Europe, but has decided upon attending the English National Ballet School, commencing this September.

Along with performing choreographed dances, Lauren has taken a passion to choreographing her own dances including; a contemporary piece she performed at the Sydney Eisteddfod Ballet Scholarship Finals and a classical solo which won the Classical Ballet 17/o section at Sydney Eisteddfod.