Rhonda Larson- Be Still My Soul 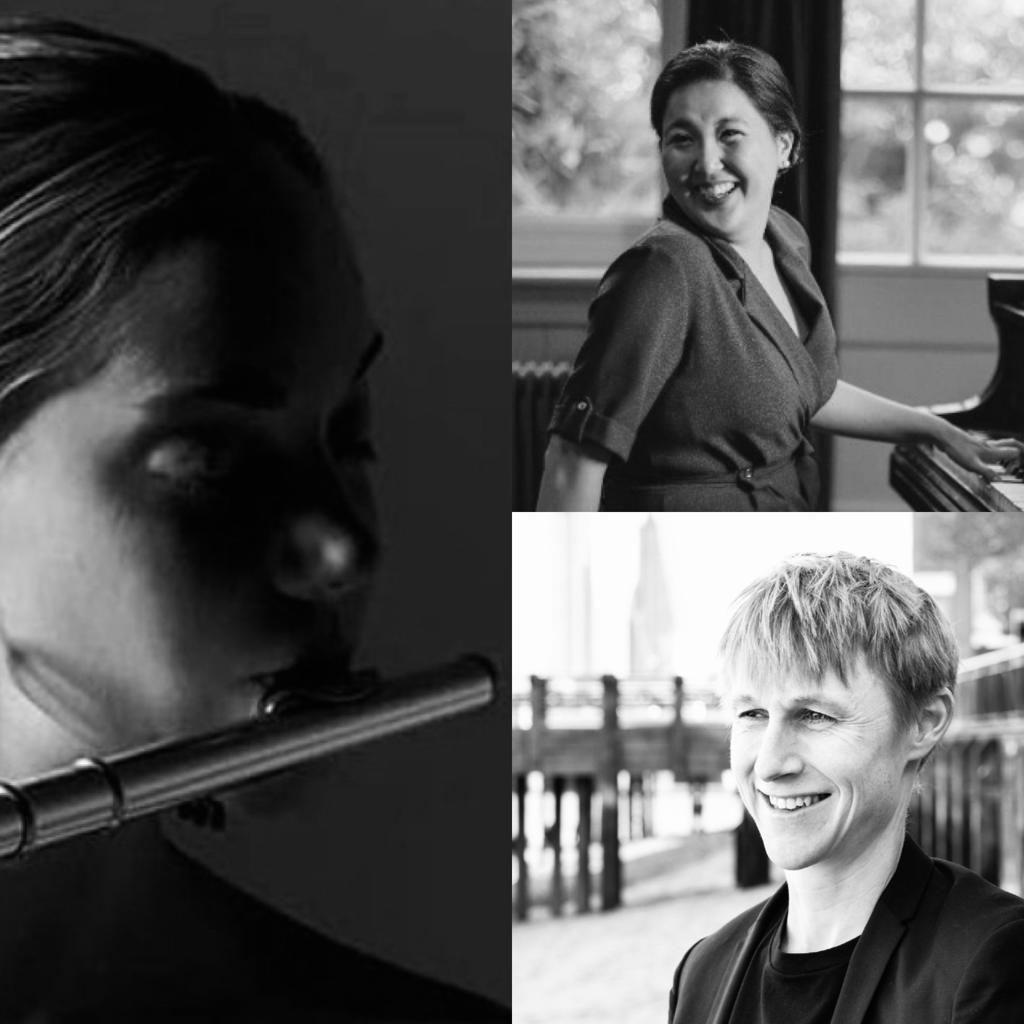 Nicky has recently returned to the UK from Australia after completing a contract with the Opera Australia Orchestra for their Summer Season, 2019-2020.

She studied at the Sydney Conservatorium of Music with James Kortum and later at the Royal College of Music, London with Simon Channing and Jaime Martin where she was supported by the Tait Memorial Trust and the Worshipful Company of Musicians and was awarded the RCM All Flutes Plus prize.

She was co-principal flute of Southbank Sinfonia in 2014, where she held the Sir Charles MacKerras chair and in 2015 returned to Australia to begin a fellowship with the Sydney Symphony Orchestra, which was followed by a second flute contract position in 2016.

A keen educator, she was the Lecturer in Flute at the Australian Institute of Music and has taught at the Sydney Conservatorium of Music and the University of NSW. She is passionate about helping guide and inspire young musicians and enjoys teaching students of all ages and working with others on creative musical outreach projects.

He is a passionate advocate for contemporary music and has performed in the UK premieres of works by Salvatore Sciarrino, Detlev Glanert, Enno Poppe and Steven Daverson, as well as world premieres by John Croft, Emma-Ruth Richards, Patricia Alessandrini and Lisa Illean.  He has worked with many young composers in workshops, both at Aldeburgh and the Royal College of Music, advising on techniques and giving ideas for new instrumental possibilities.  Since 2014, he has been member of Explore Ensemble, a contemporary music ensemble increasingly in demand across the UK.

In addition to his work with orchestras and chamber groups, Alex works as a pianist and musical director with several large community choirs. He is assistant musical director of Liberty Choir (https://libertychoir.org), a charity which forms choirs in UK prisons with volunteers from the local community, and provides supportive community environments upon each prisoner’s release.

With family roots in Vancouver and Hong Kong, pianist Charis Hanning made London her home after arriving there as a student in 2009. Her sense of adventure is ever-present, making her a versatile, creative and spirited artist.

Experienced in solo, accompaniment and chamber music, Charis loves most of all to collaborate with others. She is a founding member of the Jacquin Trio, an audacious classical chamber ensemble dedicated to exploring, expanding and celebrating music for the inimitable combination of clarinet, viola/violin and piano. The only group to have won both the Royal Overseas League and St Martin-in-the-Fields Competitions, the Jacquins have been making music together for the best part of a decade.

Charis has worked with instrumentalists and singers from around the world in places such as Fundación Juan March and the Chan Centre for the Performing Arts, and in the UK at Cadogan Hall and Purcell Room, as well as on BBC Radio 3. Other performance highlights include Rye Festival, North Norfolk Music Festival, Cheltenham Contemporary Concerts, Edinburgh International Festival and Edinburgh Fringe. She has also combined with singers at the Aldeburgh English Song Project and Vancouver International Song Institute. Recently she has very much enjoyed working with teachers and students at Trinity Laban Conservatoire of Music and Dance, as their Junior Fellow accompanist.

Charis has given solo performances in the UK including at Purcell Room and St Martin-in-the-Fields, and also in Canada, Hong Kong, Italy and India. Among her solo awards are the McCallum Prize at the Royal Overseas League Keyboard Competition, the Belle Shenkman Award and the John & Jean Redcliffe-Maud Prize at RCM.

Charis received her MMus with distinction from RCM and her BMus from the University of British Columbia.